WATCH: Hundreds Gather in Atlanta as Lecrae and Other Christian Leaders Call for End to Racial Violence at Outdoors Conference Organized by OneRace Movement

After a weekend of protests and riots sparked by the killing of George Floyd, hundreds of Christians and hip-hop artist Lecrae gathered in Atlanta to call on churches and government leaders to ensure fair treatment and an end to racially-motivated crimes.

Additionally, leaders also announced plans for a “March on Atlanta” that will take place in just over two weeks.

The OneRace Movement, a Christian coalition that exists to “displace the spirit of racism and release a movement of racial reconciliation across Atlanta, the Southeast, and the nation,” held a news conference at Liberty Plaza outside the state capitol building in downtown Atlanta Monday.

The news conference, which was announced last week, drew hundreds following a weekend of protests, violence and destruction in the city and elsewhere in the country.

Thousands demonstrated in the streets after the death of Floyd, 46, who was filmed with a white police officer’s knee on his neck as he died on a Minneapolis, Minnesota street on Memorial Day.

Floyd’s death follows the recent killings of Ahmaud Arbery, who was killed in Georgia while jogging, and Breonna Taylor, who was fatally shot by police in Louisville, Kentucky.

“I think this is a moment for the Church, for you, for me to cry out: Enough is enough! It’s time for a change. It’s time for reform and its time for the church to lead the way.”

Led by several Christian leaders and pastors, the coalition released “The OneRace Statement on Righteousness and Justice: A call to end Racial Violence.”

“The Christian Community must engage this issue spiritually & civically,” the document reads. “This engagement must begin with understanding the deep history of racism in our nation, then owning that history as our collective spiritual responsibility, and then engaging in our spheres of influence constructively to change the story for future generations.”

“My burden [is] my mother marched in the ‘60s and ‘70s and protested these issues of systemic racism and injustice,” he said. “She took me to my first march after Rodney King was unjustly beaten. I marched and protested in Ferguson for Mike Brown, … for Sandra Bland. Here we are four years later in the same situation doing the same thing. Something different has got to happen. There has to be a change.”

“I am all for the idea that the Gospel is what changes hearts. But the Gospel is both explicit and implicit,” Lecrae said. “The Gospel is in the form of the cross. The cross is vertical but it is also horizontal. So there has got to be some horizontal implications in what you believe, taking action in your churches, in your communities and in your jobs.”

The new OneRace statement calls on Christians to “work to end racially-motivated acts of violence” by “voting in local elections for candidates that uphold our values of equity and dignity toward all races” and serving “in our communities across racial lines.”

The statement also encourages believers to “speak up and participate in nonviolent protest whenever we see the injustice that demands our attention.” 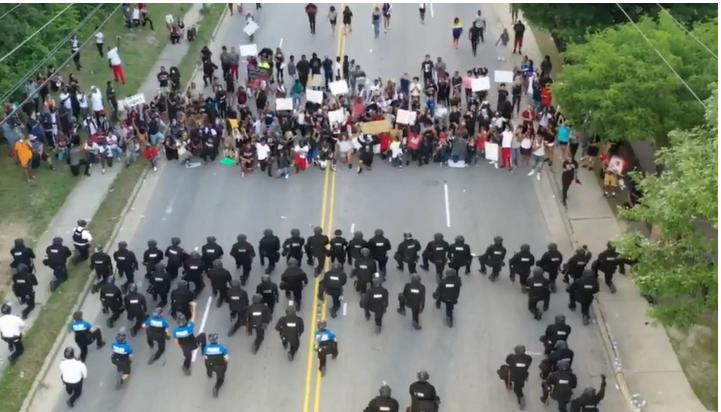 Police chief Eric S. Clifford: I knelt for George Floyd to show the people I serve that black lives matter 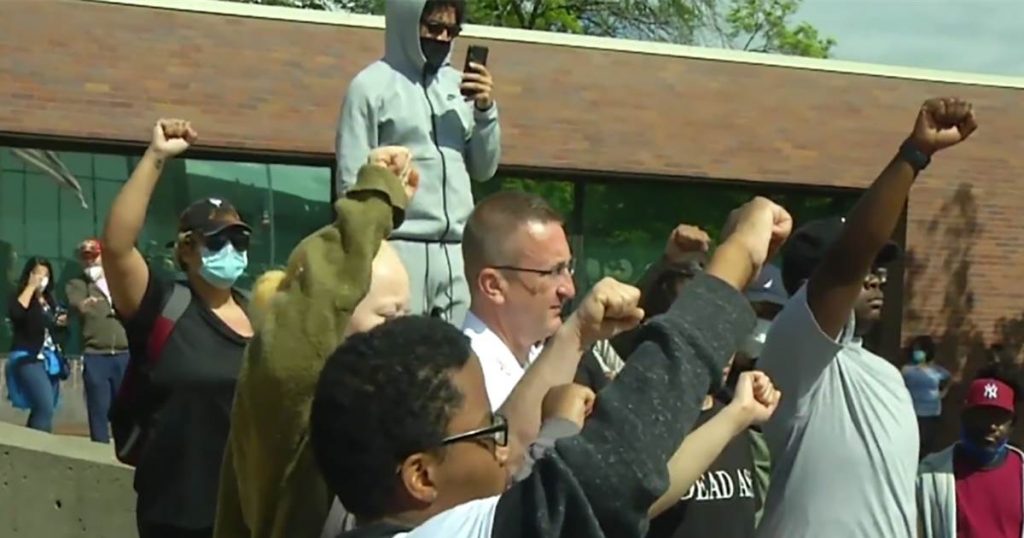